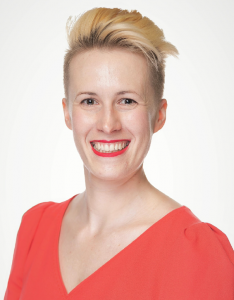 Mariel Barnes’ research investigates the impact of the welfare state on everyday violence against women (EVAW) with a focus on highly industrialized countries, particularly in Europe. Her book project argues that Europe’s extremely high rates of physical and sexual violence against women are an unintended consequence of implementation and promotion of the “universal breadwinning model” – a set of family policies that are designed to alleviate the burdens of familyhood on women but in actuality, prompt a violent backlash from men. Mariel utilizes a multi-method empirical strategy which incorporates cross-national and sub-national statistical analysis, survey research, interviews, and ethnographic observation. This research has been supported by the National Science Foundation, Berlin Program for Advanced German and European Studies, and the Institute for Humane Studies.

In addition to her work on EVAW, Mariel also has several ongoing projects: 1) an investigation into the causes and the consequences of the manosphere including its links to violence against women and white supremacy and, 2) a study focusing the relationship between gender and institutions, including the representation and incorporation of women. Part of this latter project has recently been published in the Journal of Comparative Politics.

The Politics of Domestic Violence. This book project explores how the social welfare state exacerbates the prevalence of everyday violence against women in Europe through the implementation of social and family policies.

The Manosphere and Politics. This project examines the phenomenon of the manosphere, and its causes and consequences including its effect on violence against women and connections with white supremacy (with Sabrina Karim).